You Are Here > Blog > Team Bowling

To introduce our new team members, Hamilton and Georgie, into the Essential team we decided to go head to head in a winner-takes-all game of bowling.

We split into two teams with Hamilton and Georgie as the captains to take on two games each. The first game was won by Hamilton’s team with a respectible score of 391 however, Georgie’s team had a strong comeback in round 2 with a winning score of 397.

Overall totals were Hamilton’s team: 744 and Georgie’s team: 772 which crowned team Georgie as the winner!

However, we would like to shine a light on some of the individual achievements as well: 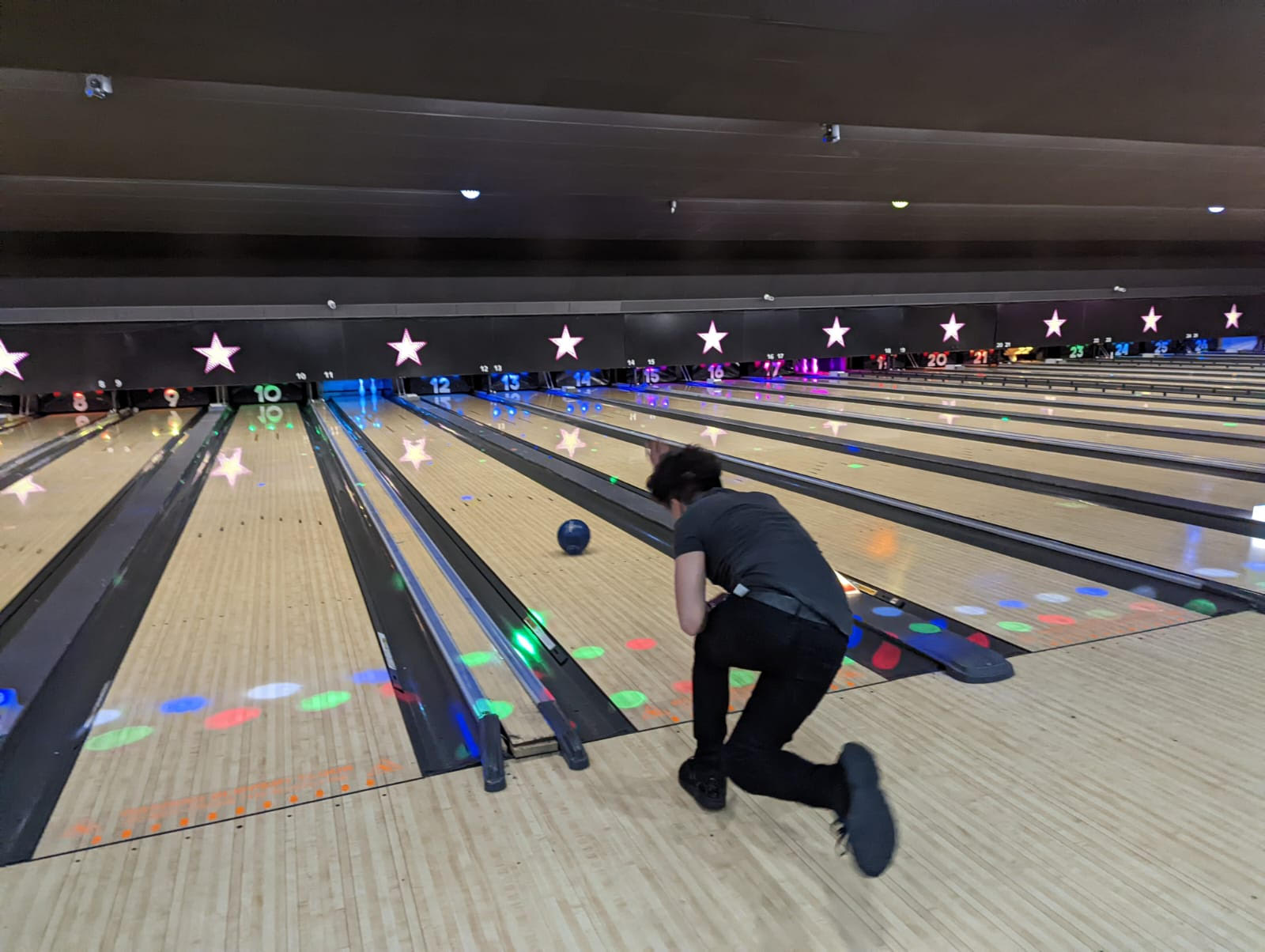 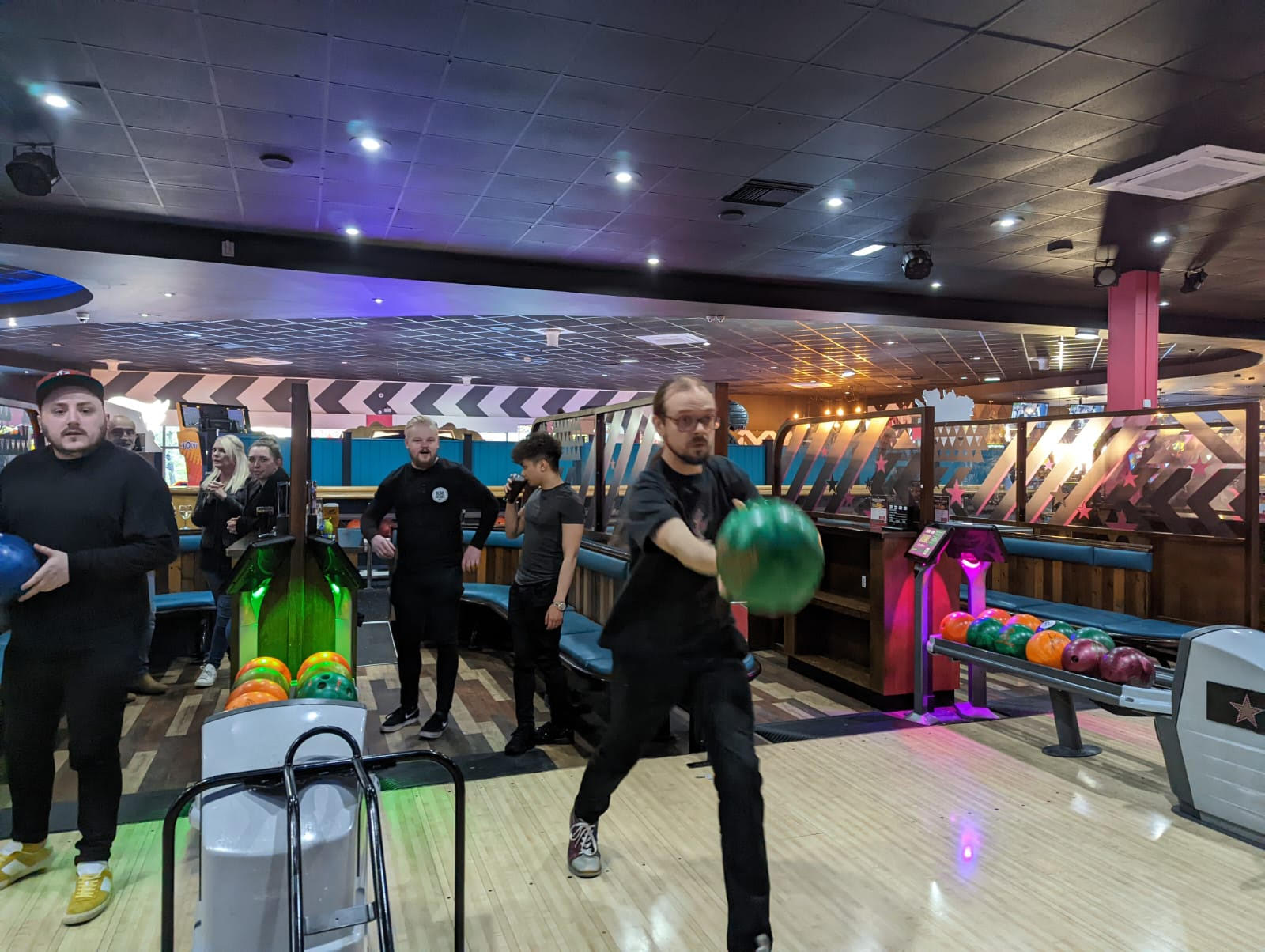